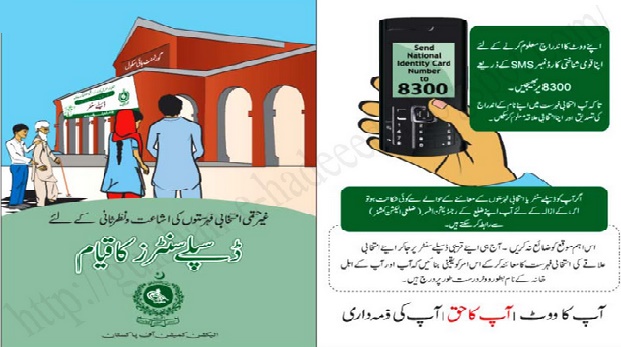 Initially, the fee of election SMS service has charged Rs. 2 with another tax. The election commission of Pakistan (ECP) has announced and directed all voters of the nation to check it free before 15th December. Citizens of Pakistan do not need to visit the headquarters of this authority to know the polling station for cote casting.

Either you have an android mobile or simply type your CNIC and send this at ECP SMS code 8300. After the process is completed within 5 to 10 minutes the authority will send an SMS back to you with the location of the Election polling station. At the polling address sent to you by the Election Commission of Pakistan visit it within 24 hours and cast your vote. 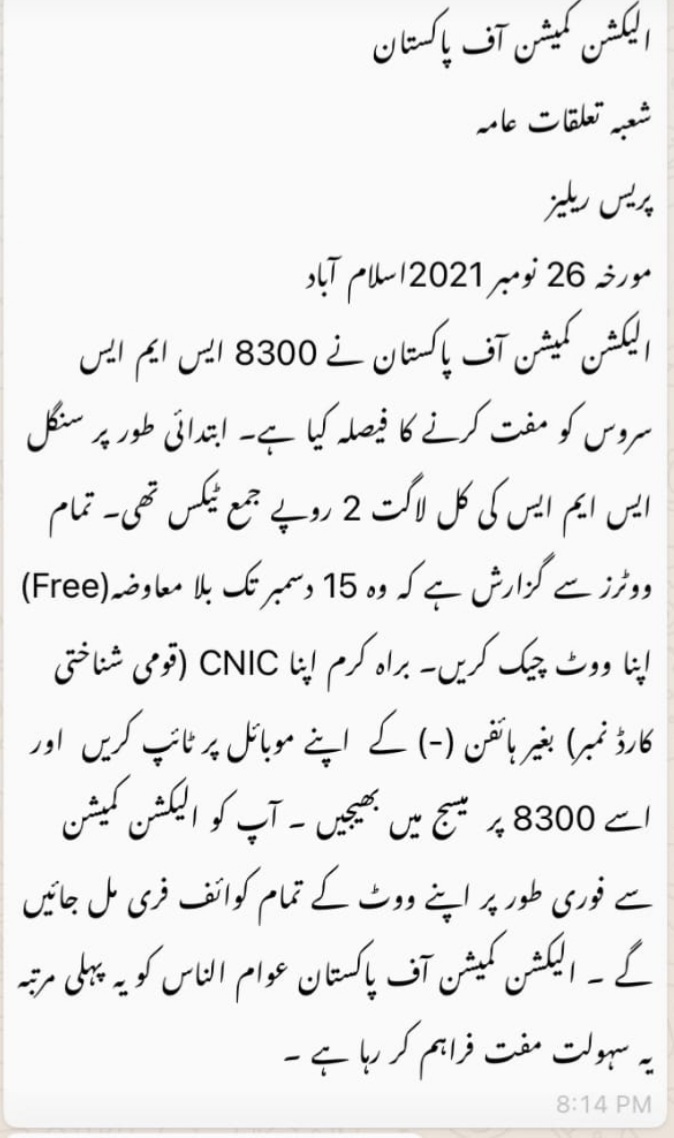 The First-time Election Commission of Pakistan has provided free SMS service regarding polling stations and vote casting information. ECP was formed on 23rd March 1956 with the responsibility to conduct the election nationwide. It is about 2 years to wait to hold an election in 2023 in Pakistan.