Hajj is performed in Zul Hijjah and after Hajj Muslims all over the world celebrates Eid Al Adha and sacrifices the animals in memory of Prophet Ibrahim A.S sacrifice.

Saudi Arabia TV 1 is working 24 hours, Live Transmission is going on and speeches of all kind about Hajj 2013 are also on air. Hajjis have gone for Hajj. Saudi government manages very well for Hajjis. They make Makkah more beautiful and trying to make it best in regards to construction. They don’t want to see anybody in trouble during Hajj. Hajj is an Islamic obligation. Once in the life of Muslims it is necessary to go to Holy House of Allah (Makkah) and offer Hajj if he/she can afford to go there.

Saudi Health Minister Abdullah Al-Rabia told reporters late Saturday that authorities had so far detected no cases among the pilgrims of the virus which has killed 60 people worldwide, 51 of them in Saudi Arabia.

The pilgrims moved from Mecca to nearby Mina by road, by train or on foot, the men wearing the seamless two-piece white garment tradition requires, the women covered up except for their faces and hands.

In Mina, they will pray and rest before moving on to Mount Arafat on Monday for the climax of the pilgrimage rituals.

The recently constructed electric railway is scheduled to carry 400,000 of the pilgrims taking part in the world’s largest annual gathering.

Saudi Arabia has deployed more than 100,000 troops to ensure the safety of the pilgrims and has warned it will tolerate no demonstrations or disturbances. 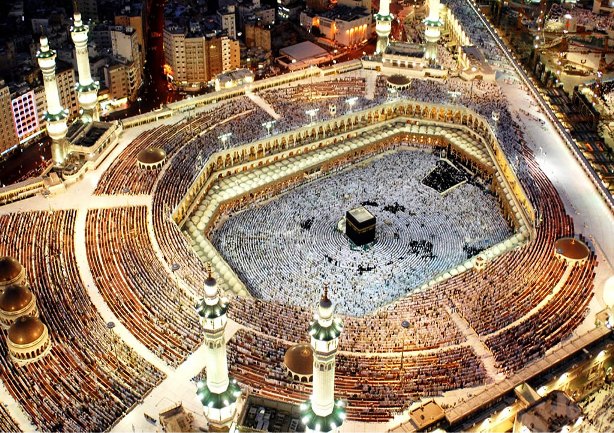