The government of Pakistan has given big news for the peoples of 3 countries Pakistan, Iran, and Turkey. Pakistani Government has announced to start the train containers of 20 bogies from Islamabad Pakistan to Istanbul Turkey. Railway chairman Habib ur Rehman Ghilani has announced officially that on dated 04 March 2021 on Thursday the train containers is going to start from Islamabad Pakistan which will connect 3 countries Turkey, Iran, and Pakistan covering 6500 Kilometers. 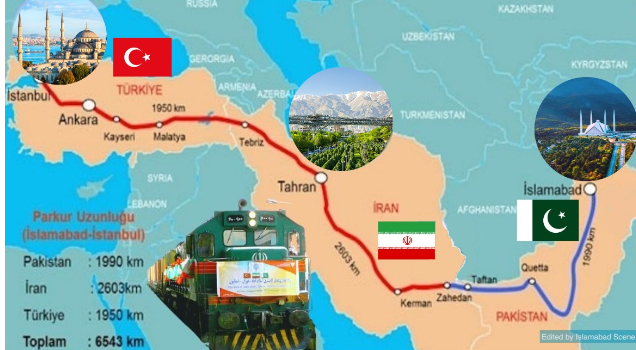 The peoples of these three countries hereby can read the complete information of Pakistan Turkey Train Schedule, Route, Ticket price & Maps. It has been decided by Pakistani Railways that Pakistan Iran Turkey train ticket price can be expected 0.23 Euros is charged for per kilometers rates. All arrangements are going to be finalized and completed as per directions of the chairman of Pak Railway.

This is confirmed by the news that with the collaboration of three countries Pakistan is going to resume the train. The train will be passed through the route Istanbul, Ankara, Malatya, Tehran, Iran, Zahedan, Quetta, and Islamabad Pakistan. These are the stops and stations of Pakistan Turkey Train Schedule, Route & Map as shown here.

It is reported that the traveling from these 6500 KM will be traveled in 11 days. Before this Pakistan to Turkey via sea route traveled in 45 days. There are 20 containers of 40 feet that are transport capacity.