The government of the Punjab primary and secondary healthcare department has announced so many various jobs in all thq hospitals across Punjab province. There are so many Punjab THQ Hospital Jobs 2022 Advertisement that has officially been announced. The government has announced that the following posts will be recruited and posted across Punjab in all Tehsil headquarter hospitals. These are the latest career opportunities for all un Employment people to apply for Tehsil headquarter Hospital jobs 2022.

Hair on this website will provide you with complete information about THQ jobs advertisement how to apply there are several jobs announced by the government of Punjab for the department of primary and secondary Healthcare Punjab announced on the NTS website. The applicant must remember that if you apply for the following post Punjab THQ Hospital Jobs 2022 Advertisement see on, these posts are non Transferable you will be found in the following applied Tehsil Hospital for the job.

Both male and female candidates having domicile in Punjab can apply for thq hospital jobs these jobs will be recruited on a contract basis and non Transferable. Tehsil wise job detail has been mentioned in the advertisement government of the Punjab primary and secondary healthcare department has announced the following designation job in THQ hospital as HR and legal officer, prop root mint officer it Statistical Officer and data entry operator jobs.

All the male and female applicants do not need to worry about how to apply candidate must visit the National testing service website www.nts.org.pk. The applicant must visit and T’s website and download the application form online GNE. Punjab THQ Hospital jobs announced by primary and secondary healthcare department government of Punjab has invited application to send by last date 5 January 2022.

These are the latest jobs announced in all Tehsil level THQ Hospitals across Punjab see the list on advertisement name of the hospital name and number of posts announced in 83 10th ki Hospital in Punjab.

Punjab THQ Hospital Jobs 2022 Advertisement How to Apply on NTS 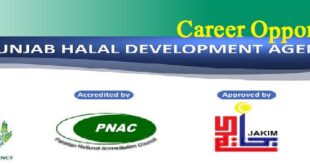 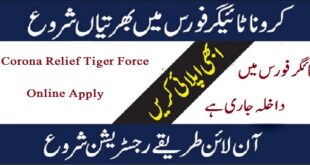 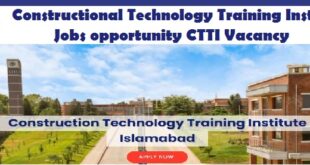