Pakistan Telecommunication Authority has launched an automatic system that works to block the stolen mobile phone or snatched automatically. Now the stolen and snatched mobile phone will not work any longer it will be blocked by the automated system launched by Pakistan Telecommunication Authority PTA Stolen Mobile Block in Pakistan is important news to be known for everyone. 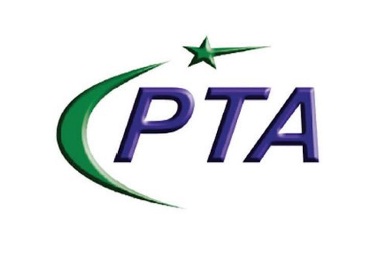 Now to snatchers and robbers should be aware of this news announced by Pakistan Telecommunication Authority that all the snatched and stollen mobiles are going to be blocked automatically system. If the owner complains about the stolen mobile phone it will be blocked in 24 hours.

Owners must provide the valid IMEI International Mobile Equipment Identity to help to block the mobile phone against the provided IMEI number. PTA Stolen Mobile Block in Pakistan by Automated System has been introduced and started to work on. By this system, the users will be facilitated and helped to get their snatched or stolen mobile phone at the earliest. 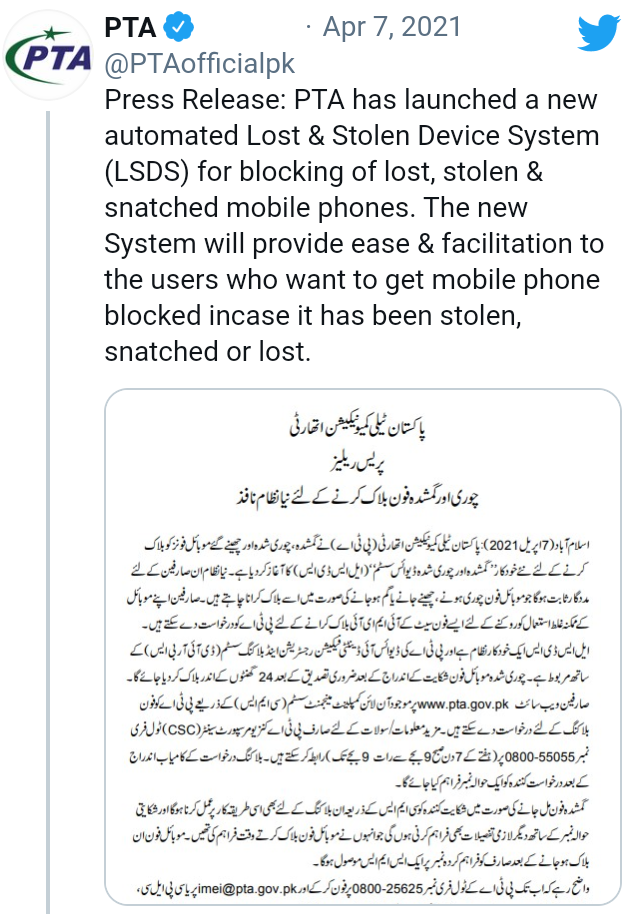 Pakistan Telecommunication Authority has tweeted on Twitter social media to announce this automated system of block IMEI. Now the owners no need to worry about the mobile phone they can just register a complaint at the PTA Block system. Upon successfully lodging the complaint the complainant will be received a registration reference number to inquire about.

The users and consumers of mobile phones have been pleased upon launching the PTA block IMEI number. People are thanking this authority for this great step. How to block stolen mobile phones in Pakistan.

User from anywhere in Pakistan can lodge their complaints and reports against their mobile phones that have been stolen. By using the lost and stolen mobile device system (LSDS) can forward their application for complaint. PTA Stolen Mobile Block in Pakistan has been announced on 07th April 2021 by LSDS automated system.