The Rescue 1122 Punjab Vacancies 2016 through 01 to 04 Scales is without NTS and 06 to 14 scales is through NTS (National Testing Service) Department taking throughout Entry Tests, Phsical, Running, Schology Test, and Interview and finally publishes the final list of selected candidates Rescue 1122 province of Punjab. The people can also check the latest result of 1122 vacancies 2016 selected candidates list on the office Rescue1122 Govt. site of Rescue.gov.pk.

Mostly the Rescue 1122 Jobs Advertisement Form is coming on NTS or News paper like Sunday, Jhang, Express, Nawaiwaqt, Pakistan, Dawn, Dunya and The Nation Newspaper where you can online read and free download the Rescue 1122 application form and apply from the NTS to various vacancies Punjab Emergency Service Lahore Rescue 1122. Biseworld.com will be uploads the application & advertisement forms under the below download:.

In the previous of Punjab is including these Districts & these Tehsils of Punjab Rescue 1122 jobs 2016 NTS is confirmed now and the last date of application submission is Tuesday, 28th June, 2016 till this date all the persons application form is compulsory to deposited throught post office & by hand.

The emergency service rescue 112 live for others is only service who is working good in the whole Pakistan. The Rescuers who is joined this department is most physical fit & training from Rescue 1122 Training Academy Thokar Niaz Baig Lahore of old Training period is 06 Months 15 Days but now this time is short to 04 Months 15 Days in this time the complete trainee is passed the Medical, Fire, Rescue & final his designation course& get the skill of all field of giving first aid to the people. I will updates the Rescue 1122 Jobs 2016 advertisement forms details you can apply in Rescue 1122 Emergency Service. Some people called him Green Angels because Rescuers are helped them injured or ill persons. ALLAH Almighty give the great courage to the people of helped in bad time. Here you are free download the Rescue 1122 Vacancies 2016 Advertisement. 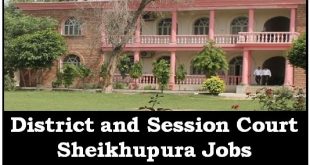