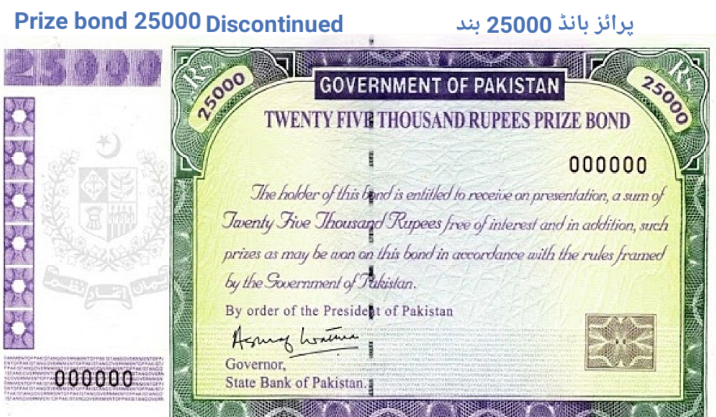 This is big and breaking news for all the citizens who have Prize Bonds are directed that Prize Bond 25000 has been disclosed and discontinued by State Bank of Pakistan (SBP).

According to the latest news about the topic, the Rs.25000 Prize bond will be replaced by the Prime Bond in the first phase of the Government of Pakistan. “Prime Bond” is used for the encashment process.

Also, read this It has been finalized by the Federal Cabinet Committee, FBR & State Bank of Pakistan has decided that Prize Bond. Holders will not be given cash directly the payment would have to be sent through the Bank Account.

This is your kind information that before closing / discontinuing 25000 Prize Bond  40000 prize bond was discontinued in Feb 2019. These initial steps are taken due to corruption and smuggling. Prize bond 25000 Discontinued will help to Government to stop and expose the smugglers at the highest level.