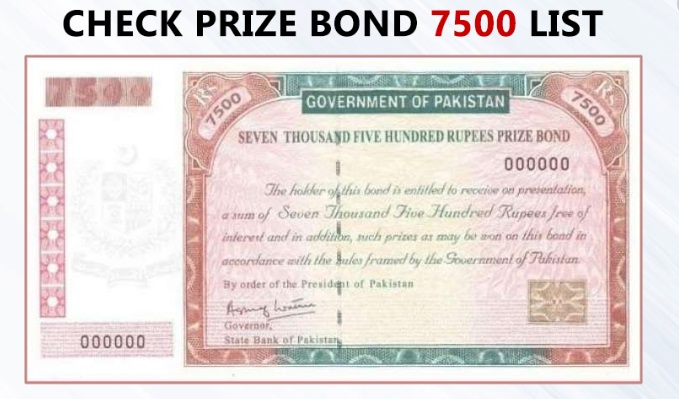 Government of Pakistan Minister of Finance Division has announced the not
regarding closing the Lucky Draw of National Prize Bond 7500 & 15000 will be no more. The news has been shared on Facebook by prize info. All citizens of Pakistani who has the prize bond can change with bank during office timing.

All Prize Bond holders is directed to change the Prize Bond 7500 15000 closed with registered premium PB of Rs. 25000 and 40000. These PB can be altered from any of the following banks office National Bank of Pakistan, US Bank and Habib bank, Alflah, Allied and MCB Bank.

Islamabad: As per notification issued by Government of Pakistan Finance Division Budget wing that Prize Bond 7500 15000 closed in Pakistan and will not be sold by now. It is informed to all PB holders, sales and purchaser to change the PB at the earliest from the 16 registered Banking offices in Pakistan.