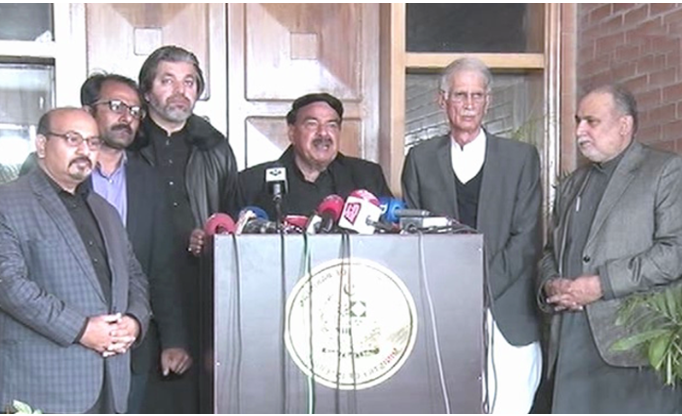 The Ministry of Interior Sheikh Rasheed Ahmad & Ali Muhammad Khan Minister of Parliamentary Affairs has announced in Islamabad that the Government employees who protested in Islamabad have succeeded in their mission. The government has announced the Salary Increase of Govt Employees Pakistan 25 % has been approved.

Pervaiz Khatak who is the Federal Minister of Defense has addressed the people that 25 Percent Ad-Hoc relief has been implemented for Pakistan Government salary Increased today. Later on the 25 %, ad hoc relief will be added to the Basic Pay salary announced in Budget 2022.

The government of Pakistan has also apologized for what misconduct happened yesterday, it was addressed further that it did not happen before this and it should not happen.